The Golden Disk Awards has revealed the confirmed the attendees for their two-day event which includes the largest names in the Korean entertainment industry!

The 29th Annual Golden Disk Awards will commence in Beijing in January and voting for Golden Disk of the year and Digital Album (single) of the year are currently open and the competition is getting heated as the day draws near. Take a look at who’s nominated at the 2015 Golden Disk Awards!  Tune in to see the hottest performances and see if your favorite artist wins the coveted awards. 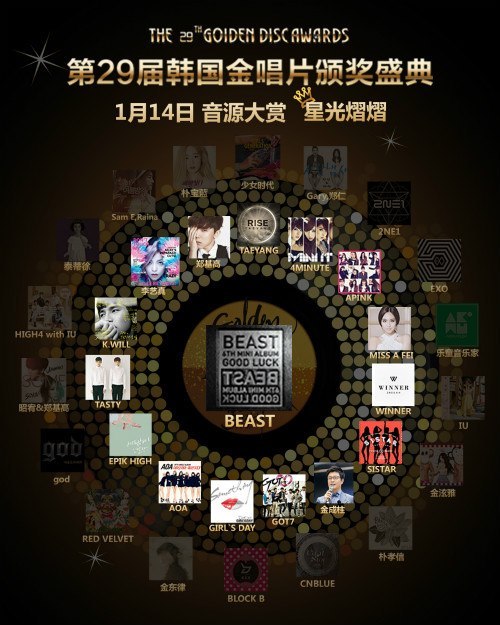 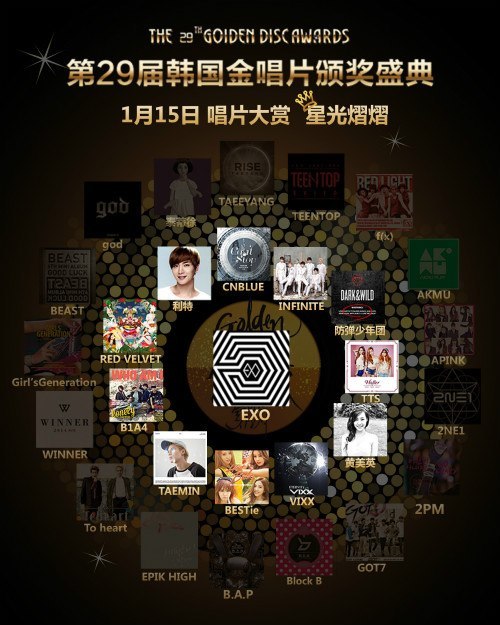