SEVENTEEN share a chaotic relationship that often flips between teasing and loving, but the boys are always full of laughter and smiles no matter the situation. As the youngest of the group, Dino is often the target of SEVENTEEN’s playful attacks. Though the rest of the members never pass an opportunity to make fun of him, they also make sure to shower him with an equal, if not greater, amount of doting.

1. The Most Precious Hug

The amount of joy on Dino’s face as he runs to hug S.Coups outshines the sun. 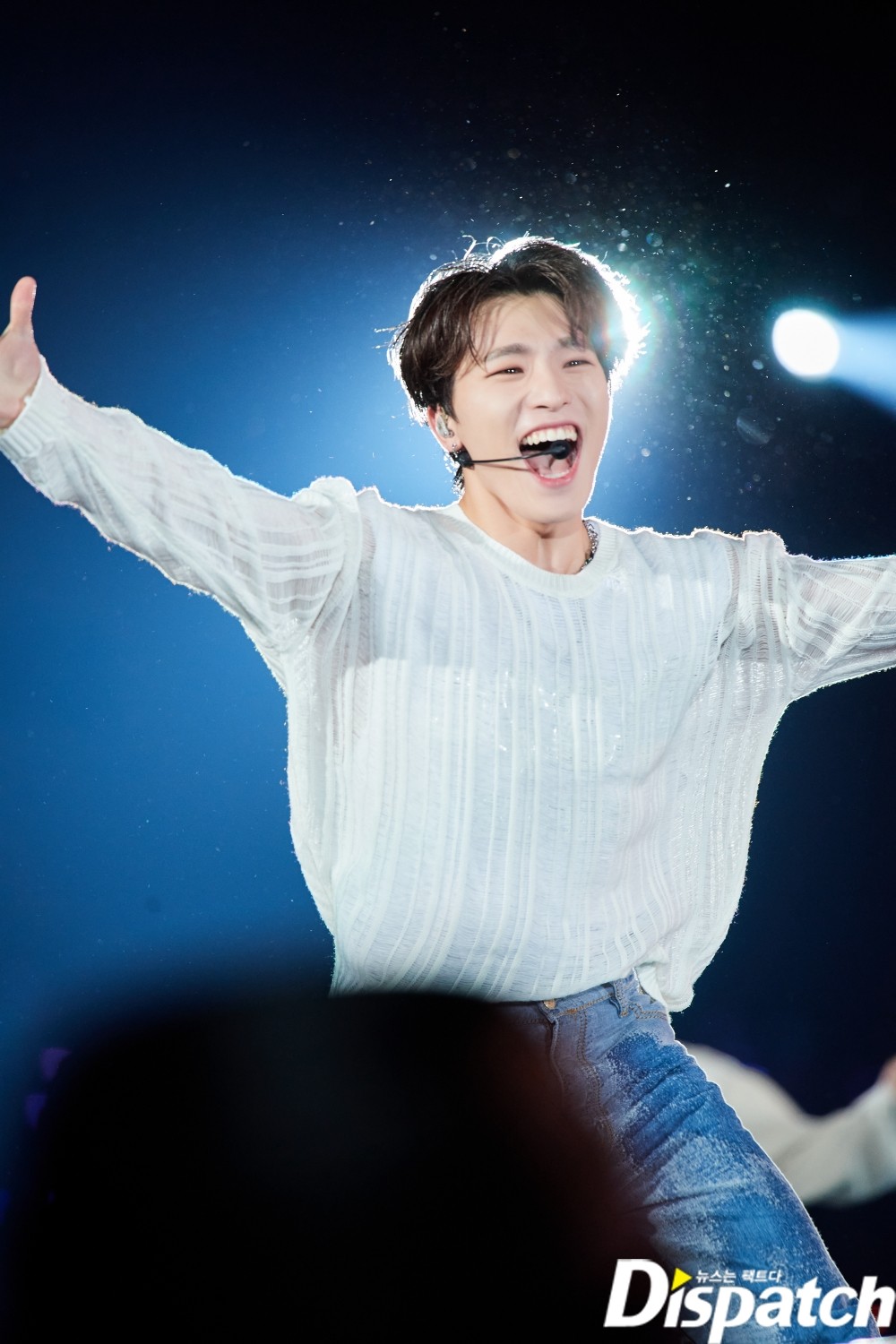 2. What Dino Wants, Dino Gets

SEVENTEEN will do anything to put a smile on Dino’s face.

3. Most Supportive Cheerleaders Ever

This is how you hype up your friends.

the biggest plot twist is dino only got 4th place but seventeen still cheering and celebrated him like he won the 1st place THIS IS WHAT THE TRUE FAMILY AND BEST FRIENDS GONNA ACT I TELL YOU ONCE AGAIN THIS IS SEVENTEEN pic.twitter.com/hobGUCBBFg

4. Making Sure He Doesn’t Get Left Out

There’s always room for the maknae to tag along.

Has anyone else noticed wonwoo & dino spending a lot of time together lately? • #seventeen #wonwoo #scoups #dino #inthesoop #svtinthesoop #ultbias

Synchronization kings even when they’re taking care of Dino.

Jeonghan and Minghao noticed that Dino was struggling to cut the cake and they immediately took a fork each to help him 🙁 pic.twitter.com/JjQ4jTvbiG

The way Joshua reaches back to take Dino’s hand is so endearing.

7. We’ll Travel The World Together

Now they’ve had two world tours, and a third one is on the way!

dino got sad bc he couldn’t attend their fieldtrip on their predebut days and hoshi,jihoon, seokmin comforted him to make him feel better. little does he know he’ll travel the world in the future with his 12 brothers together 🥺 @pledis_17 pic.twitter.com/Ct0GMZPQUZ

8. When The Teasing Ends With Hugs

im sorry but dino being so clingy with vernon is actually one of the cutest things ive ever seen?? 😭 @pledis_17 pic.twitter.com/sv4YLpNNMi

One of the greatest signs of affection is feeding your loved ones.

Reply to @saythenut even his hyungs always teased Dino, once Dino is the youngest, he’ll be taken care of his 12 hyung ❤️ #svt #dino #maknae #kymchn

Even if they have a Tom-and Jerry relationship, their love for each other runs deep.

This is another kind of teasing, but it’s the kind that melts your heart.

It’s the tiny actions that show how much SEVENTEEN care for Dino.

There’s no better way to end this list than with another adorable hug.

SEVENTEEN’s Jun Shows Off His Abs In A Crop Top