The year 2015 has been a hectic and a successful year for YG Entertainment. Their senior group BIG BANG has released albums all throughout summer, CL is making her official debut in the U.S. and two new rookie groups WINNER and iKON has made their debuts. With two new rookie groups making their debut, they’ll be chasing popularity amongst fans of both Korea and other countries. Which group do you think will have the most success to follow the routes of their senior groups 2NE1 and BIG BANG?

Originally posted on Pann, netizens discuss whether group WINNER or iKON will be more successful.

Titled “In All Honesty, Which Groups Will Be More Successful: WINNER vs iKON?” here is the direct translation of the post and comments below. 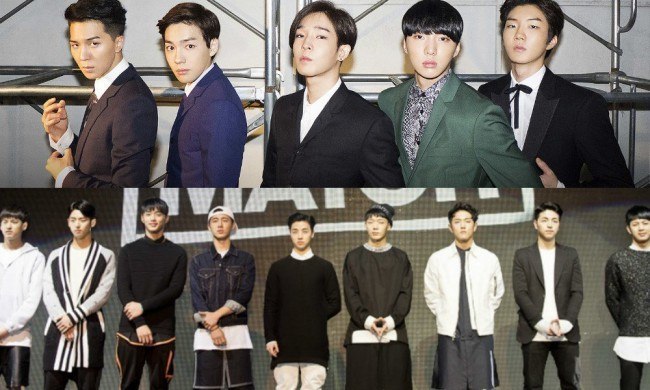 “Looking at it from a third perspective, which group will be more successful: WINNER vs iKON?

Thumbs up for WINNER and thumbs down for iKON.”

[ +61 / -17] I don’t think either group will be the second BIG BANG. iKON will be iKON and WINNER will be WINNER. Yang Hyun Suk always brings up BIG BANG in promoting their artists

[ +48 / -104] iKON will become bigger of course before WINNER is wrapped up in many controversies. For iKON, Bobby has been popular from the start with a lot of male fans!! But don’t write these type of posts T_T_T_T Fandoms will fight