I think this needs another spoiler warning before we get into the nitty gritty of the article.

So ONCEs, be warned…spoilers are here. So proceed with caution.

Lucky ONCEs who got to attend the 2019 Idol Star Athletics Championships (scheduled to air in early February 2019), couldn’t contain their excitement and leaked the details about TWICE’s involvement in the event.

For those curious, the details are below: 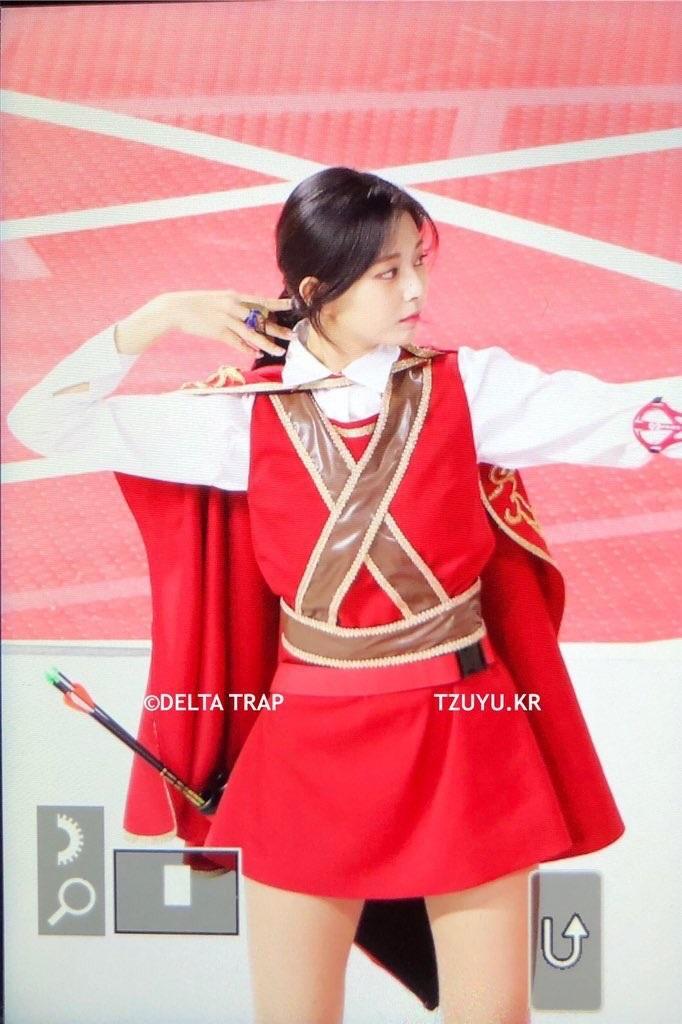 While not 100% confirmed, according to ONCEs, this was the only event that TWICE participated in, though all members attended the event and Sana, Dahyun and Jihyo MCed various events as well.

Representing the group was Dahyun, Chaeyoung, and Tzuyu, who pulled an impressive showing against Red Velvet and gugudan.

While we know that TWICE faced Red Velvet (and won against them) in the preliminary round, no scores from the two teams have been leaked.

Though what has been leaked is the results of their final match against gugudan.

In the finals, Dahyun, Chaeyoung, and Tzuyu competed against Mina, Sejeong, and Hana of gugudan, and the results were…very close.

To see a more detailed look at how TWICE fared, look below:

Yes, you read that right. Tzuyu scored four straight 10s. We have no idea if this a record in the history of the event, but that is seriously impressive, especially from a non-professional archer.

After going viral for being “Katniss” during the 2016 event, Tzuyu’s literally become the K-Pop Queen of Archery.

gugudan’s scores were as follows:

In the end, all competitors no doubt did an amazing job, and we can’t wait to see the full event on our screens in February!

TWICE Drops Group And Individual Concept Posters For “BETWEEN 1&2”