Actor Song Joong Ki has become one of the most well known actors through the recent drama “Descendants of the Sun.” As his popularity rise, did number of his security guards rise as well?

Originally posted on Pann, netizens are shocked by number of security guards surrounding the actor.

Titled “Song Joong Ki’s Airport Security,” here is the direct translation of the post and comments below. 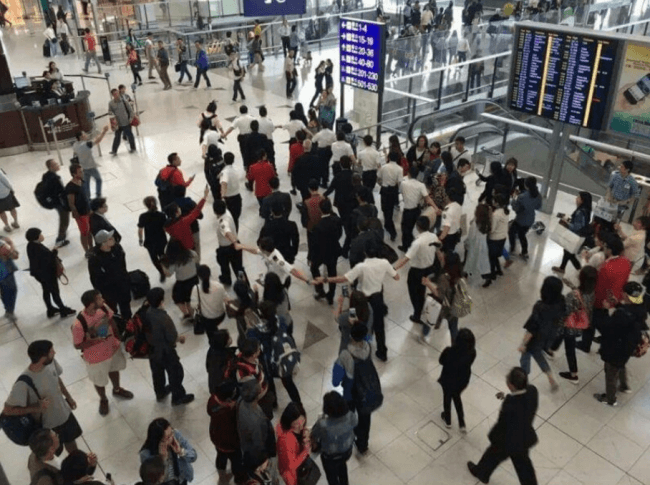 “Look how the people at the airport don’t even know what is going on.