On the Korean site Pann, the original poster uploaded the still shot and the phrase, “Heol what’s this.” The still shot shows Lay on the ground after what looks like a car accident. Besides the position of his legs, one over the other, after supposedly being hit by a car, netizens also commented on his mouth, which is the only thing that appears to be hurt.

Previously, Lay was recognized for his acting skills, as he won the award for “Best Supporting Actor” at the China-Britain Film Festival.

EXO’s Lay recently showed off his good looks on the cover of China’s COSMOPOLITAN magazine as well as promoted EXO’s latest album, EX’ACT, in Korea. 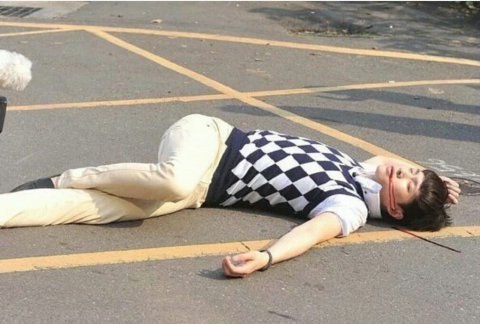