As the year 2014 comes to a close, Tumblr’s Year In Review, which showcases the top posts on the site for the year, has been published. The results are determined by analysis of a number of factors including the total number of posts and tags, both original and reblogged, web traffic, and growth of followers over time.

This year, K-Pop was the third most reblogged music genre, and f(x)’s “Red Light” was one of the most reblogged songs on Tumblr, among other songs such as Nicki Minaj‘s “Anaconda,” Taylor Swift‘s “Shake It Off,” and One Direction‘s “Steal My Girl.” 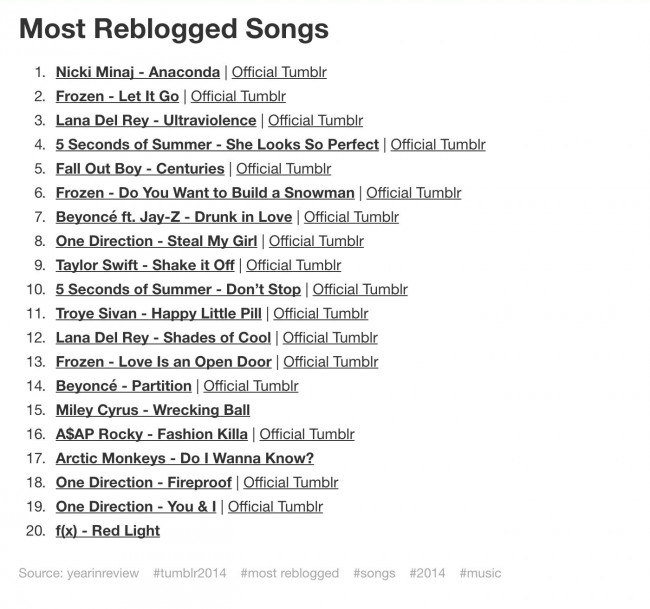 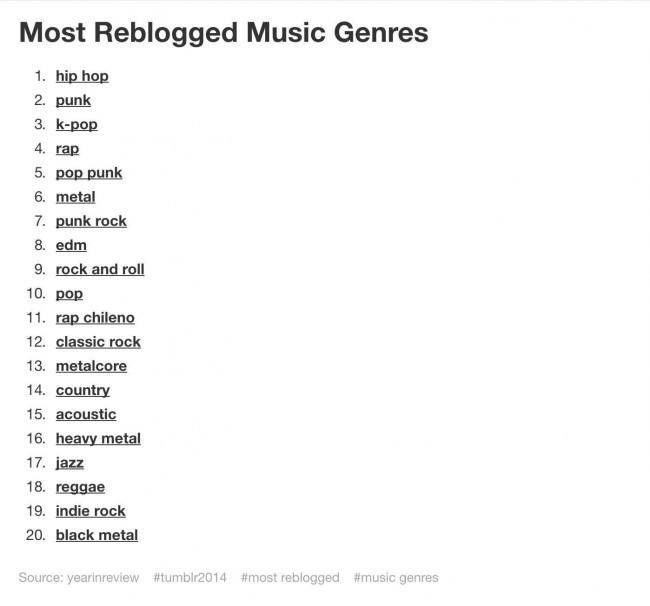