The 2014 K-Rookies Final Concert will gather all the renowned bands of Korea’s Hongdae indie scene this December, bringing acts such as Sultan of the Disco, Nori Fly, and more!

The rookies of the stage will include some of the newly rising stars such as 18gram, Love X Stereo, LudiSTELO, and others, all of whom were actively participating on the Hongdae grounds prior to this stage.

The guest bands of the concert have also showed  anticipation to the bands who are following the paths they’vs paved for. The winner of 2013 K-Rookies, Oops Nice, will also participate in the congratulating stages, showing their support towards the program.

This show is anticipated by many fans and medias of Korea as it is a show that brings both the renowned acts and rising stars into one concert. 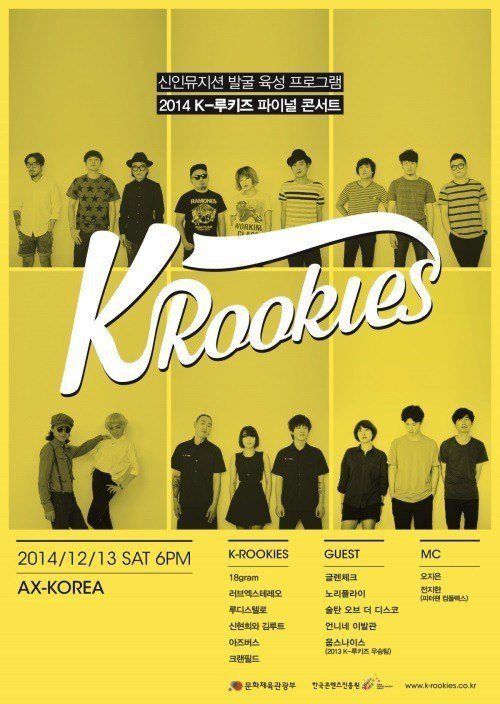